Showing posts from March, 2014
Show all

Never Be At Peace Blog Tour and Review

Never Be At Peace by M.J. Neary
Publication date: March 17, 2014 by Fireship Press
Source: Publisher for an honest review
Synopsis:
A pugnacious orphan from a bleak Dublin suburb, Helena Molony dreams of liberating Ireland. Her fantasies take shape when the indomitable Maud Gonne informally adopts her and sets her on a path to theatrical stardom - and political martyrdom. Swept up in the Gaelic Revival, Helena succumbs to the romantic advances of Bulmer Hobson, an egotistical Fenian leader with a talent for turning friends into enemies. After their affair ends in a bitter ideological rift, she turns to Sean Connolly, a married fellow-actor from the Abbey Theatre, a man idolised in the nationalist circles. As Ireland prepares to strike against the British rule on Easter Monday, Helena and her comrades find themselves caught in a whirlwind of deceit, violence, broken alliances and questionable sacrifices. In the words of Patrick Pearse, “Ireland unfree shall never be at peace”.…
1 comment
Read more

The Enchanted Blog Tour and Review 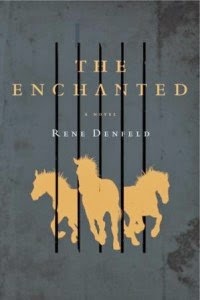 The Enchanted by Rene Denfeld
Publication date: March 4, 2014 by Harper
Source: Publisher via TLC Book Tours for an honest review
Synopsis:
A wondrous and redemptive debut novel, set in a stark world where evil and magic coincide, The Enchanted combines the empathy and lyricism of Alice Sebold with the dark, imaginative power of Stephen King.
“This is an enchanted place. Others don’t see it, but I do.” The enchanted place is an ancient stone prison, viewed through the eyes of a death row inmate who finds escape in his books and in re-imagining life around him, weaving a fantastical story of the people he observes and the world he inhabits. Fearful and reclusive, he senses what others cannot. Though bars confine him every minute of every day, he marries visions of golden horses running beneath the prison, heat flowing like molten metal from their backs with the devastating violence of prison life.
Two outsiders venture here: a fallen priest and the Lady, an investigator who search…
1 comment
Read more

The Chalice Book Blast and Giveaway The new novel The Chalice, by Nancy Bilyeau, sends readers on a page-turning historical quest. Set in Henry VIII's England, the story is driven by plot twists, deceptions, spiritual searching and romantic tension. Readers fall in love with protagonist Joanna Stafford, a Catholic novice forced to leave her priory and find her answers. "She is strong and determined and very likable," says one blogger. "Exhilarating," says Good Housekeeping, and "The novel is riveting and provides fascinating insight into into the lives of displaced nuns and priests, with fully realized characters," says RT Book Reviews. Launching in paperback on March 18 and available in ebook too.

The Chalice
by Nancy Bilyeau

Between the crown and the cross stands one woman...

Alice Will Blog Tour and Review 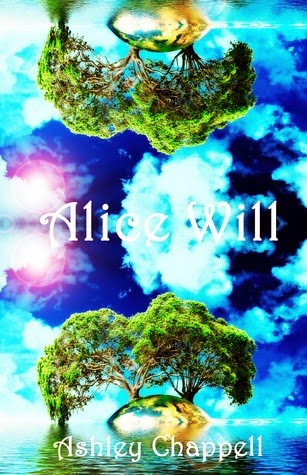 Alice Will by Ashley Chappell
Publication date: November 5, 2012 by Center One Books
Source: Author via TLC Book Tours for an honest review
Synopsis:
Fourteen year-old Trotter was still just trying to get the hang of the demi-godding business when the apocalypse began. In a world where the gods have withdrawn from humanity, leaving mortals bitter toward magic, she finds herself torn between the human and the goddess in her. As the world begins to fade away and she becomes the prime suspect, her search to determine the cause and prove her innocence ends up revolving around a mysterious little girl named Alice. Then Trotter discovers that not all of the gods had been as distant as they seemed…
Now, with everyone against her and the gods fighting amongst themselves, Trotter is on her own to save her world and stop a spiteful god from using Alice to destroy everything.

After reading a brief description of Alice Will be Ashley Chappell, I thought it sounded interesting and I …
3 comments
Read more
More posts