They Call Me Crazy Blog Tour and Review 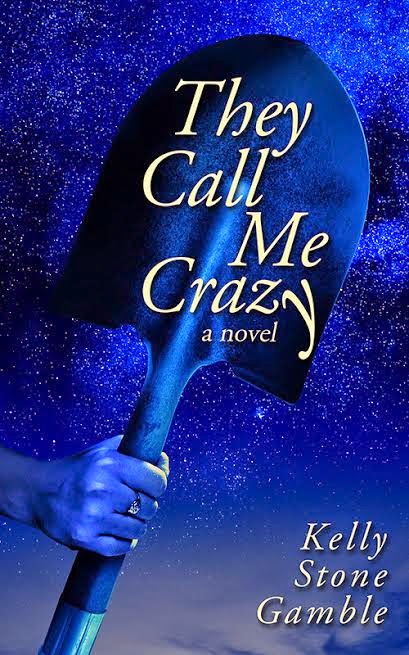 Cass Adams is crazy, and everyone in Deacon, Kansas, knows it.  But when her good-for-nothing husband, Roland, goes missing, no one suspects that Cass buried him in their unfinished koi pond. Too bad he doesn’t stay there for long. Cass gets arrested on the banks of the Spring River for dumping his corpse after heavy rain partially unearths it.


The police chief wants a quick verdict—he’s running for sheriff and has no time for crazy talk. But like Roland’s corpse, secrets start to surface, and they bring more to light than anybody expected. Everyone in Cass’s life thinks they know her—her psychic grandmother, her promiscuous ex-best friend, her worm-farming brother-in-law, and maybe even her local ghost. But after years of separate silences, no one knows the whole truth. Except Roland. And he’s not talking.

They Call Me Crazy is an interesting, darkly funny and distinct kind of book. The first chapter sets the tone and the reader is alerted that this isn't going to be like a lot of other books. It is a bit difficult to decide if it is a dark comedy or a mystery -- or a darkly comedic mystery perhaps.

Cass is the main character and we get to read her narrative about her life and her actions. The reasons for them and exactly what they were are only revealed gradually. Cass has a reputation in her small town as being crazy. She comes by it naturally though, since her mother was crazy too. Or so the town rumor mill says. Cass may be crazy, but she is extremely funny and feisty and much sharper than most people - including her jerk of a husband, Roland - think she is. Cass doesn't lie and she doesn't try to get away with anything -- she tells everyone honestly what happened. There is a problem though, she has been very over medicated and her brother-in-law the big city lawyer is going to be sure she gets fair treatment. The local police chief isn't too pleased by this situation since he has an election to worry about.

The reader is treated to the viewpoints of several characters as the story is revealed. Each one is a bit quirky and has their own personal history to tell that helps explain some of their own version of "crazy". We get to hear from the police chief; Maryanne, Cass's ex-best friend; Clay, Cass' brother-in-law and a few others. Each narrative gives a different spin on the events and the complex relationships between the people of this small town.

I found myself laughing out loud quite often while reading this fun, crazy, wild and ultimately heartwarming book. I found myself wondering how so many of the other characters didn't see their own crazy, but were so quick to put that label on Cass. The over-medication of mental issues is addressed within the context of Cass' situation and helped to highlight some of the attitudes people have towards mental problems.

I think that They Call Me Crazy will appeal to anyone who likes dark humor, mysteries, stories about small towns and the people who live in them. This was a fun, fast-paced book that I read in a day. I just want to add that I really like the cover of the book too.

Kelly Stone Gamble was born and raised in the Midwest… all over the Midwest. By the time she graduated from high school, she had run away from home twice and attended twenty-two different schools. To bring that total to twenty-five, she obtained an undergrad degree and two graduate degrees. There are stories in those experiences, and she chose to use them for fictional inspiration.

For the past twenty years, Kelly has lived in the Las Vegas suburb of Henderson, Nevada. She recently accepted a full-time position with Southeast Oklahoma State University to teach Literature and Professional Speech and will soon be a resident, again, of the Midwest.

Look out, tornadoes. You have competition.