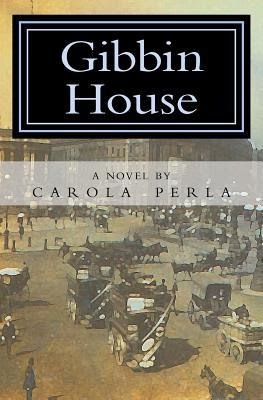 At long last, London. By this point in the late afternoon, coffee, cigarettes, and apprehension had burned an acid pit into my stomach. The stale air of the station, a massive but dimly-lit depot with iron ribs bracing its vast ceiling, streamed through the open window and gave me an additional chill. What a madhouse, I thought, peering out through the spotty glass at the throng of bobbing hats. My compartment in contrast was so soothingly empty - everyone in it had joined the other passengers in jamming the aisles ages ago. People on arriving trains couldn’t help themselves. For me, the novelty had worn off around Innsbruck on day two.

Remember, this is the last time.

I smoothed over the stray wisps of my chignon and rose reluctantly. But before going through the trouble of pulling my burgundy suitcase out from the overhead bin, I stared outside again to assure myself of the station’s name on the large information boards.

In reality, I knew where I was. The porter’s announcement that we were approaching Victoria Station had rung periodically in the aisle for the last twenty minutes. I’d thought of little else as we’d sluggishly advanced past this city’s sooty row houses, burned-out factories, and minutely partitioned backyards. But a week of traveling on trains has the curious effect of keeping one from taking reality at face value. Everything one hears collapses into echoes, and words become deceitfully amorphous shapes. One feels perpetually on the fringe of discovering that one is not oneself, and my disorientation was such that I felt at any moment sure to fall straight through the ground.

Oh, get yourself together, I implored. I grabbed my suitcase and crocheted handbag, and stumbled out onto the mob.

Now, I don’t know what I expected when I finally alighted the platform at my destination. Fanfare? A driver in uniform holding up a banner with my name on it? Did I really believe I would be the conquering heroine, an Ingrid Bergman being fetched in a fancy car? Needless to say, no fanfare greeted me, only the tumult of indifference. I hauled my things to the front of the train platform and planted myself as much as I could in plain sight. And then I waited.

Seek out a handsome light-haired gentleman in his seventies.

That was about the extent of my mother’s instructions before I left Vienna; the ‘handsome’ part was pure conjecture, of course. She hadn’t seen Professor Deisler in twenty years. She’d only figured he must be still good-looking, because he’d been a dedicated dandy in their youth: blond, impeccably manicured, with the most correct posture she claims to have ever seen on anyone. In other words, a real life “aesthete”, straight out of Schnitzler.

But that was twenty years ago. Would he look the same now, this professor? The Belle Epoch of my mother’s Vienna was a bygone era, and the feminine sort of vanity Austrian men had taken pride in, well, for obvious reasons it had gone quite out of fashion. On the other hand, I wasn’t sure how well to rely on his recognizing me. All he had, as far as I understood, was a confirmation card with a photograph of a pale and gauzy, insignificant girl, a starved wood nymph in looped braids. Physically I near looked the same, apart from my hair now upswept and a shade darker. But the girl in the photograph looked happy. He could not possibly connect the present person to that image. Thus I accepted that I had to do the recognizing.

But what an onerous task - soliciting the attentions of a stranger. The idea of having to examine every elderly man walking by and looking expectant and “available” made my skin crawl. I felt small and pathetic, and I resented my mother for forcing the whole thing on me.

What made it worse was that so many men responded to my stupid, doe-eyed look.

Was I Ms. Weatherton?
Ms. Havishaw?
Renata’s girl?
Gloria?
Ms. Prigg?
The Misses from the agency?
No?
Dreadfully sorry…

Carola Perla was born in 1977 in Timisoara, Romania, to parents of Peruvian and
German-Romanian heritage. She spent her early childhood in Lima and Munich,
before moving with her family to the United States.
She holds degrees in German Literature and Art History from Florida State
University. Since 2001 she has been a resident of Miami Beach, where she
co-founded an international public relations firm and worked as a freelance
journalist. Her recent projects include the launch of the Atelier 1022 Art Gallery in
Wynwood. Gibbin House is her first novel.