The Long and Faraway Gone Blog Tour and Review 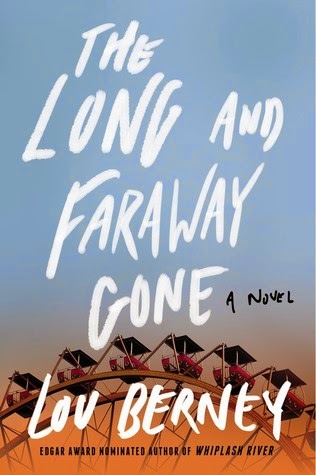 In the summer of 1986, two tragedies rocked Oklahoma City. Six movie-theater employees were killed in an armed robbery, while one inexplicably survived. Then, a teenage girl vanished from the annual State Fair. Neither crime was ever solved.

Twenty-five years later, the reverberations of those unsolved cases quietly echo through survivors’ lives. A private investigator in Vegas, Wyatt’s latest inquiry takes him back to a past he’s tried to escape—and drags him deeper into the harrowing mystery of the movie house robbery that left six of his friends dead.

Like Wyatt, Julianna struggles with the past—with the day her beautiful older sister Genevieve disappeared. When Julianna discovers that one of the original suspects has resurfaced, she’ll stop at nothing to find answers.

As fate brings these damaged souls together, their obsessive quests spark sexual currents neither can resist. But will their shared passion and obsession heal them, or push them closer to the edge? Even if they find the truth, will it help them understand what happened, that long and faraway gone summer? Will it set them free—or ultimately destroy them?

My Take:
When the opportunity to participate in the blog tour for The Long and Faraway Gone was presented to me, I was eager to read and review the book for a few reasons: much of the story takes place in Oklahoma City and the author teaches at a couple of universities in Oklahoma - including my Alma mater, University of Oklahoma. The premise of the story intrigued me and I thought it might be fun to read a novel that takes place in Oklahoma.

So, even though I originally wanted to read it mostly for nostalgia, I ended up being drawn into the lives and tragedies of Wyatt and Julianna from the very first chapter. I enjoyed the way the story jumps from 1986 to 2012 and from Wyatt's to Julianna's perspective. For me, it was a nice blend of history contrasted with the changes in scenery and the growth of the characters.

Wyatt and Julianna were both affected by two separate crimes that took place a few months apart in 1986 in Oklahoma City. Both crimes were violent and shook up the city, but were not related except for the unanswered questions. Wyatt can't figure out why he was the only one left alive. It just doesn't make sense. And Julianna just can't stop trying to find out exactly what happened to her sister all those years ago.

The Long and Faraway Gone is a difficult book to discuss without ruining the story, the slow unfolding of information. While the plot itself is engaging and exciting, I thought the character development and exploration was also extremely well done. Besides Wyatt and Julianne, there are several really interesting supporting characters; some of these characters are from 1986 and some are from 2012, but they all feel real and complex.

I won't say anything about the end of the book except to say that I found it to be quite satisfying, if not quite what I was expecting when I started reading the book. I have already recommended this book to several people, but I will be hanging on to my copy because I foresee a reread in the near future. I can - and will -- recommend The Long and Faraway Gone to pretty much anyone who enjoys reading crime fiction, thrillers, mysteries, or general fiction. I would say it is probably one of the best books I have read in a while. I think the book should get bonus points for the title alone -- I just love the title.

Lou Berney is an accomplished writer, teacher, and liar who has written feature screenplays and created TV pilots for Warner Brothers, Paramount, Focus Features, ABC, and Fox, among others. His short fiction has appeared in the New Yorker, Ploughshares, the Pushcart Prize anthology, and other publications. His first novel, Gutshot Straight, was named one of the ten best debut crime novels of the year by Booklist and nominated for a Barry Award.