The Last Book Ever Written Blog Tour and Review 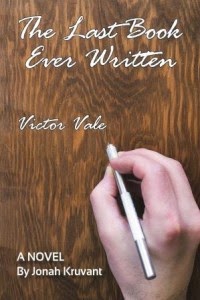 Description:
In a futuristic American society where all citizens have computerized chips in their brains and insert needles into their veins to enter a virtual reality, Victor Vale leads a fairly typical life.Â  He is an officer of the law with greater ambitions, a family man, and a dutiful citizen of the Nation.Â  Yet when The Chief assigns him a case to go undercover and expose a community of illegal â€œcreators,â€ Victor finds himself strangely compelled to write.Â  For the first time, he starts to question the world around him, and becomes involved in a web of lies, uncertain of whom to trust, and unable to distinguish between virtualism and reality.Â  As he searches for answers, Victor slowly begins to unravel hidden truths about the world, and even uncovers an astonishing secret from his own past.

The Last Book Ever WrittenÂ satirizes our competitive, success-driven society, foresees the effects of the economic recession, and warns what could happen if we let technology go too far.

The Last Book Ever Written by Jonah Kruvant is a pretty ambitious undertaking. The story is told from the point of view of Victor Vale, a police officer who has recently been promoted to detective - or almost promoted. His promotion hinges on how well and quickly he can solve a new case. This particular case will cause Victor to question everything he believes and everything he thinks he knows about his world.

The world that Victor inhabits is a futuristic distopian version of the United States where art, writing  and creativity in general are illegal. Kruvant paints an interesting if disturbing picture of a possible future for our society. The wealth gap has continued to widen and the poor are called and thought of as "the beggars" because since the advent of the automatrons that took over the service industry and manual labor, the working poor can no longer work to support themselves.

I liked the premise of the novel very much. This type of book is generally something I am quite interested in. I give Kruvant credit for his ambition and interesting vision of this distopian world. However, I believe that the book could benefit from additional editing to help with flow and dialog and address a few grammatical errors.

I did appreciate the hints within the story which point at moments when our society has lost some perspective and points out that we should think for ourselves more - not just believe the media and go on about our lives in a superficial manner. 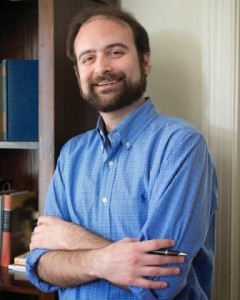 A writer, teacher, and student of the world, Jonah Kruvant received his Bachelorâ€™s degree from Skidmore College, his Masterâ€™s degree in Teaching from Fordham University and his MFA degree from Goddard College. After living abroad in four different countries, Jonah lives in New York. Visit his website at www.jonahkruvant.com.