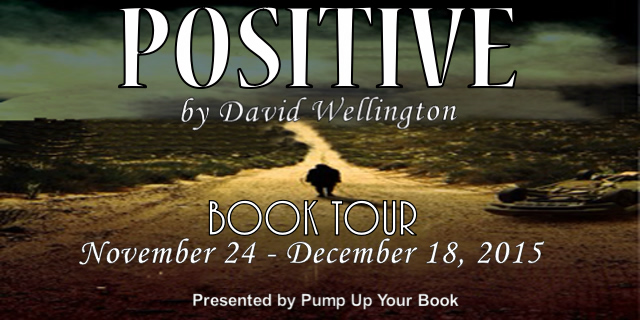 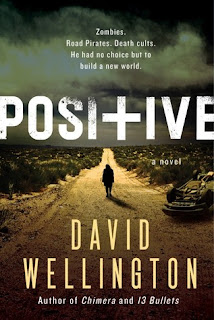 In the bestselling vein of Guillermo Del Toro and Justin Cronin, the acclaimed author of Chimera and The Hydra Protocol delivers his spectacular breakout novel—an entertaining page-turning zombie epic that is sure to become a classic. Anyone can be positive . . .

The tattooed plus sign on Finnegan's hand marks him as a Positive. At any time, the zombie virus could explode in his body, turning him from a rational human into a ravenous monster. His only chance of a normal life is to survive the last two years of the potential incubation period. If he reaches his twenty-first birthday without an incident, he'll be cleared.

Until then, Finn must go to a special facility for positives, segregated from society to keep the healthy population safe. But when the military caravan transporting him is attacked, Finn becomes separated. To make it to safety, he must embark on a perilous cross-country journey across an America transformed—a dark and dangerous land populated with heroes, villains, madmen, and hordes of zombies. And though the zombies are everywhere, Finn discovers that the real danger may be his fellow humans.

Mad Max Beyond Thunderdome meets World War Z and I Am Legend in this thrilling tale that has it all: a compelling story, great characters, and explosive action, making Positive the ultimate zombie novel of our time.

Positive is not really your typical zombie book for a few reasons.  One of the biggest reasons is that it doesn't take place during the initial zombie outbreak - the novel begins as the second generation after the outbreak are growing into young adulthood.

Finn is our young protagonist and he is suddenly thrust into the violent and unknown world outside of New York City. The cities are relatively safe - but life isn't what it once was -- food is scarce, people don't move freely from place to place -- the cities are cut off from each other and news is limited. After Finn's mother suddenly goes zombie, he is marked as positive for the virus and forced to leave the city. He is destined for a medical camp where he will wait until he is twenty years old to see if he is truly infected or not. Unfortunately, Finn's escort to the camp is attacked by looters and he is alone in a wild and lawless land overrun by zombies, looters, and much worse.

In Positive, the zombies are actually less dangerous than the humans -- the land outside of the cities is terrorized by gangs of violent looters and a death cult. The zombies are a known danger, but humans adapt and plan and are a constant danger.

I think what I appreciated most about Positive is that instead of dealing with the outbreak, it deals with the issues of the aftermath -- it examines the medical camps and how the other "positives" are treated, the problems of trying to rebuild and trying to live according to certain ethics and fight back the lawlessness and inhumanity that have dominated since the zombie outbreak. It deals with many issues and shows the darker side of humanity.

I will definitely be  recommending Positive to friends and family. I think any reader who enjoys thought provoking novels with some thriller/suspense and horror/sci-fi thrown in will enjoy Positive. I know I am a little burned out on the stereotypical zombie book and found Positive to be just what I needed to read.

ORDER INFORMATION
Positive is available for order at 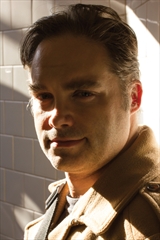 David Wellington was born in Pittsburgh, Pennsylvania, where George Romero's classic zombie films were shot. He is the author of an online zombie serial, the Monster Island trilogy; Thirteen Bullets, a serialized vampire novel; and the Jim Chapel missions, including the digital shorts "Minotaur" and "Myrmidon," and the novels Chimera and The Hydra Protocol. He lives in Brooklyn, New York.

November 27
Book featured at Chosen By You Book Club
Book reviewed at Books, Food and Me

December 10
Book reviewed and Interviewed at The Cosy Dragon