Death of an Alchemist Blog Tour, Review and Giveaway In the mid sixteenth century, Henry VIII sits on the throne, and Bianca Goddard tends to the sick and suffering in London’s slums, where disease can take a life as quickly as murder…

For years, alchemist Ferris Stannum has devoted himself to developing the Elixir of Life, the reputed serum of immortality. Having tested his remedy successfully on an animal, Stannum intends to send his alchemy journal to a colleague in Cairo for confirmation. But the next day his body is found and the journal is gone.

Bianca, the daughter of an alchemist, is well acquainted with the mystical healing arts. When her husband John falls ill with the sweating sickness, she dares to hope Stannum’s journal could contain the secret to his recovery. But first she must solve the alchemist’s murder. As she ventures into a world of treachery and deceit, Stannum’s death is only the first in a series of murders—and Bianca’s quest becomes a matter of life and death, not only for her husband, but for herself…

While I haven't read the first book in the Bianca Goddard Mysteries, The Alchemist's Daughter, it wasn't difficult to gather all the necessary backstory to enjoy the second book, Death of an Alchemist. Bianca is the intelligent and curious daughter of a notorious alchemist who has fallen from the king's favor. She has an extremely strained relationship with her father but uses some of the techniques from his alchemy work to create her medicinals and salves.

Bianca seeks out another alchemist named Ferris Stannum so she can learn more about a technique she is trying to master. While with him, she learns that he has actually created the Elixir of Life. This news is important since there is a possible outbreak of the sweating sickness and could save lives. This discovery sparks a string of events that draws Bianca and her friends into a search for a murderer, a treatment for a sickness and a fight for their own lives.

I found the story to be engaging and I particularly enjoyed that the story takes place among the poor, working people of the 1540's London area instead of the people at court. While the location isn't glamorous or pretty, it was more interesting and felt more real. I especially enjoyed the Dogberry-like character of Constable Patch - he is a troublesome constable who constantly uses the wrong words while he is trying to impress others with his importance. He owes his promotion to a case that Bianca solved and although he doesn't like her, he does realize that she is smart and useful.

Death of an Alchemist works as a mystery and as historical fiction - the mystery was quite engaging and for the first time in quite a while, I didn't guess the culprit before the reveal. The cause of the sickness - whatever it is -  was also an interesting mystery and brings out the uncertainty about disease and medicine during the period.

I think that Death of an Alchemist would appeal to a wide range of readers - those who enjoy mysteries certainly, as well as historical fiction readers. I also think it will appeal to readers who love good books about smart, adventurous women.

“A realistic evocation of 16th century London’s underside. The various strands of the plot are so skillfully plaited together.” —Fiona Buckley

“Mystery and Tudor fans alike will raise a glass to this new series.” —Karen Harper Mary Lawrence studied biology and chemistry, graduating from Indiana University with a degree in Cytotechnology. Along with writing and farming, Lawrence works as a cytologist near Boston. She lives in Maine. The Alchemist’s Daughter is the first book in the Bianca Goddard Mystery series.

Tuesday, March 22
Review at With Her Nose Stuck In A Book
Guest Post at Teddy Rose Book Reviews Plus More

Friday, April 1
Guest Post at Passages to the Past

To enter the Death of an Alchemist giveaway, please use the GLEAM form below. Four winners will receive a signed copy and the Grand Prize Winner will receive a signed copy plus a $15 Amazon Gift Card! Rules – Giveaway ends at 11:59pm EST on April 1st. You must be 18 or older to enter. – Giveaway is open to US addresses only. – Only one entry per household. – All giveaway entrants agree to be honest and not cheat the systems; any suspect of fraud is decided upon by blog/site owner and the sponsor, and entrants may be disqualified at our discretion – Winner has 48 hours to claim prize or new winner is chosen. Death of an Alchemist Blog Tour 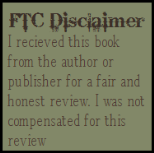 Into the Unbounded Night- Blog Tour and Review