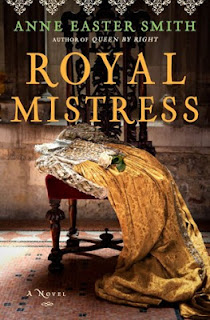 Royal Mistress by Anne Easter Smith
Publication date: May 7, 2013
Source: Book provided by publisher for an honest review
Description from Goodreads:
From the author of A Rose for the Crown and Daughter of York comes another engrossing historical novel of the York family in the Wars of the Roses, telling the fascinating story of the rise and fall of the final and favorite mistress of Edward IV.

Jane Lambert, the quick-witted and alluring daughter of a silk merchant, is twenty-two and still unmarried. When Jane’s father finally finds her a match, she’s married off to the dull, older silk merchant William Shore—but her heart belongs to another. Marriage doesn’t stop Jane Shore from flirtation, however, and when the king’s chamberlain and friend, Will Hastings, comes to her husband’s shop, Will knows his King will find her irresistible.

Edward IV has everything: power, majestic bearing, superior military leadership, a sensual nature, and charisma. And with Jane as his mistress, he also finds true happiness. But when his hedonistic tendencies get in the way of being the strong leader England needs, his life, as well as that of Jane Shore and Will Hastings, hang in the balance.

This dramatic tale has been an inspiration to poets and playwrights for 500 years, and told through the unique perspective of a woman plucked from obscurity and thrust into a life of notoriety, Royal Mistress is sure to enthrall today’s historical fiction lovers as well.

My Take:
While I am pretty sure I have encountered Jane Shore in my various historical readings, I don't think I ever gave her much thought - until I read Royal Mistress. I liked that a mistress, a commoner, was made the main character and often shows the most courage and decency. She is a fascinating woman - mistress to a king, hounded by another king, so many things occurred in her life - she really does deserve a novel about her.

The author states that "the theme of the novel is the nature of love and how many different ways a woman can love men." I can see this as a theme, certainly. Jane has a troubled relationship with her father, she has an unhappy marriage which leads to her annulment and she then becomes mistress to Edward IV. While he seems to adore her and she truly loves him, their relationship is uneven as she has no legal standing and relies entirely on his favor. She enters a relationship with Will Hastings soon after Edward's death for complicated reasons. While she likes Hastings as a friend, she enters the relationship for security as much as for love. This highlights the other theme that I see in the novel - the plight of women throughout much of history in their dependence on men for safety and support. Jane's situation is a very good example of this problem.

While Jane was considered to be lacking in morals by some, there are not many who can or would defy the King of England. She was fortunate that he didn't tire of her and that he truly cared for her. Jane Shore, as portrayed in Royal Mistress, is a beautiful woman with a mind of her own. There were times though, that I just wanted to shake her - mostly due to her childish infatuation with Tom Grey. At other times, I was impressed with her wit and intelligence and her ability to see the good in others.

Richard III is pretty much just a sanctimonious jerk in Royal Mistress. I didn't find him to be very sympathetic in this book even though I don't happen to believe that he was quite the monster that Shakespeare would have us believe. Every time he entered a scene, I found myself gritting my teeth and thinking "hypocrite" - much like some of the characters in the book.  He makes for a great villain, of course, and I did appreciate that the author didn't make him out to be completely evil - more like a very dangerous self-righteous jerk.

This period in history is always fascinating to read about and I thought that the author did  a wonderful job of bringing to life the details of how people lived. I appreciated the distinction between how Jane lived with Edward and how her friends lived - the filthy streets, the poverty, the sickness. I don't like it when the realities of life are glossed over in favor of a fairy tale version of events.

Anyone who enjoys historical fiction, history, particularly English history, will thoroughly enjoy Royal Mistress. Even though the history is well known, Jane's life isn't so well known and Ann Easter Smith does a wonderful job of bringing the people of the period to life and gives the reader a different perspective on events. 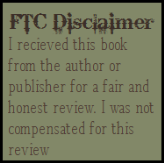