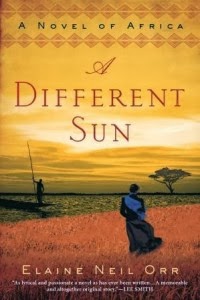 In 1853, newly married Emma Bowman arrives in Afrida and steps into a world of unsurpassed beauty — and peril.
A page-turning adventure with life and death stakes for the body and the soul…
Born into a life of privilege in rural Georgia, Emma yearns for important work.  An ardent passion burns in her soul, spurring her beyond the narrow confines of her family’s slave-holding plantation.  She meets and weds Henry Bowman, a tremendously attractive former Texas Ranger twice her age, who has turned from the rifle to the cross.  Together with their dreams of serving God they take ship for West Africa.  Emma leaves every known thing behind, save a writing box Henry has made for her. In it she carries a red journal and an odd carving made by an old African owned by her father.

The couple’s intimate life has hardly begun when they are beset by illness, treacherous travel, an early pregnancy, a death.  Emma opens her heart to Africa, yet at every turn her faith is challenged.  In deep night, she turns to the odd carving for comfort and in snatches of calm makes record in her diary.  She redoubles her energies, even as she begins to doubt her husband’s sanity.  Yet she loves him.

When they hire Jacob, a native assistant to guide their caravan, Emma is confronted with her greatest challenge.  Henry’s health begins to fail, and she is drawn deeper into the African world.

Something is revealing itself to her.  But is it a haunting mystery from her past or a new revelation coming toward her out of this mysterious continent?


A compelling story of temptation, courage, faith, and the redemptive quality of love, both human and divine, A Different Sun will transport you to a world where tragedy and triumph lie a heartbeat away.

A Different Sun by Elaine Orr is a special treat to read. It is not like many of the books I have read lately. The author has a very different, contemplative narrative style that really made me slow down and absorb the novel instead of rushing headlong to finish it. I have a difficult time describing what I mean, but there is something about the way the book is told mostly from Emma's perspective and includes her associative thought patterns that made the story very real for me. I don't know if it is the narrative style or something else about it, but it reminded be of Things Fall Apart by Achebe. That may seem like a cheap and easy comparison, but that is really what I was thinking as I read the book.

Comparisons aside, I was drawn in to Emma's life as a young girl as she tried to figure out what it was about Uncle Eli's situation as a slave that bothered her so much. Emma's thoughts seemed to contemplate what she sees in front of her and then skirt away from the distressing reality. It was almost  like she couldn't bring herself to acknowledge her family's way of life was so wrong and contradicted her own ethical beliefs. This was the point that I was hooked.

Emma meets the handsome missionary at church and almost immediately decides that he is the man for her - partly for his good looks, but mostly for his missionary work. This idea of sharing her spiritual beliefs with the people of Africa has been growing in her and then everything falls into place.

The story then follows their preparations for marriage and their mission trip. The young married couple must face the challenges of adapting to their married life while they are travelling across the world to set up a new mission. It is quite a daunting prospect. Of course there will be many challenges - both large and small.

There is so much that I loved about this book, but I have a hard time actually describing exactly what I felt. I loved the way Emma chooses her word so carefully when she records her thought in her journal. Partially it is because she fears that Henry will read them and be angered or misinterpret them. Also, she is aware of the power of words and wants to give enough that she will know what happened, but no so much that just anyone could really understand.

I also very much enjoyed reading about Emma's personal growth. She begins her time in Africa weak and pretty helpless. But as time goes on she is forced to become strong and to speak for herself and then to even take charge. This was a wonderful progression. I also loved that Emma had to face her family's slave owner status and what that truly meant. There is a painful but beautiful scene between Emma and Jacob, the native assistant to Henry, that brings the issue front and center. I felt that Emma was able to grow so much with the help of Jacob, Sade, and several of the other people who lived in the area. I absolutely loved the dignity, beauty and wisdom that is evident in the people of the village.

The narrative style and pacing are different from a lot of the literary fiction that I have encountered lately, however,  A Different Sun is a book that deserves to be read with a bit of attention and intent. It made me stop and reread a sentence or a paragraph here and there just because of a certain turn of phrase or to really soak in the atmosphere of the story. This is one of those books that I will recommend to my friends who are thoughtful readers, who really appreciate that book that stands out and makes them stop and dwell on an idea, a sentence or paragraph. 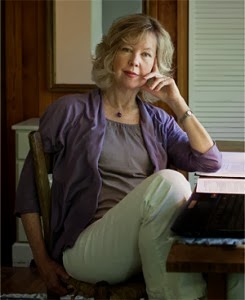 Elaine Neil Orr is a trans-Atlantic writer of fiction, memoir, and poetry.  Themes of home, country, and spiritual longing run through her writing.  A Different Sun: A Novel of Africa, her newest book (Berkley/Penguin, 2013), has been called by Lee Smith “as lyrical and passionate a novel as has ever been written.  [It] shines in the mind like a rare gem.”  Philip Deaver describes it as“[a] beautiful novel, exquisitely written, perfectly complex, true to the past, relevant today, unforgettable.”

Her memoir, Gods of Noonday (Virginia, 2003), was a Top-20 Book Sense selection and a nominee for the Old North State Award as well as a SIBA Book Award.  She is associate editor of a collection of essays on international childhoods, Writing Out of Limbo, and the author of two scholarly books.

Orr has published extensively in literary magazines including The Missouri Review, Blackbird, Shenandoah, and Image Journal.   Her short stories and short memoirs have won several Pushcart Prize nominations and competition prizes.  She has been awarded grants from the National Endowment for the Humanities, the North Carolina Arts Council, and the Virginia Center for the Creative Arts.

She was born in Nigeria to medical missionary parents and spent her growing-up years in the savannahs and rain forests of that country.  Her family remained in Nigeria during its civil war.  Orr left West Africa at age sixteen and attended college in Kentucky.  She studied creative writing and literature at the University of Louisville before taking her Ph.D. in Literature and Theology at Emory University.  She is an award-winning Professor of English at North Carolina State University and serves on the faculty of the brief-residency MFA in Writing Program at Spalding University.  She reads and lectures widely at universities and conferences from Atlanta to Austin to San Francisco to Vancouver to New York to Washington D.C., and in Nigeria.