The Ashes of Heaven's Pillar Blog Tour and Review 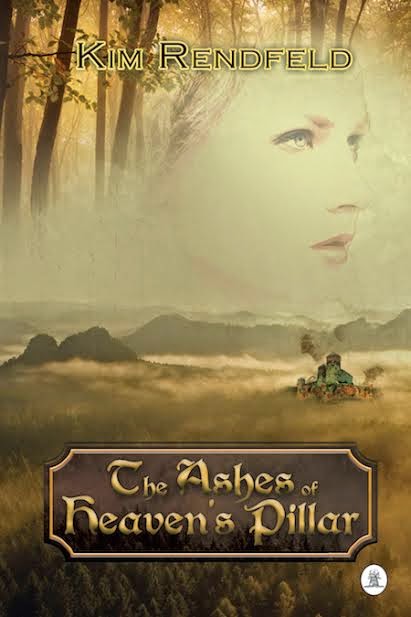 Can love triumph over war?
772 AD: Charlemagne’s battles in Saxony have left Leova with nothing but her two children, Deorlaf and Sunwynn. Her beloved husband died in combat. Her faith lies shattered in the ashes of Irminsul, the Pillar of Heaven. The relatives obligated to defend her and her family sell them into slavery instead.
In Francia, Leova is resolved to protect her son and daughter, even if it means sacrificing her own honor. Her determination only grows stronger as Sunwynn blossoms into a beautiful young woman attracting the lust of a cruel master, and Deorlaf becomes a headstrong man willing to brave starvation and demons to free his family. Yet Leova’s most difficult dilemma comes in the form of a Frankish friend, Hugh. He saves Deorlaf from a fanatical Saxon and is Sunwynn’s champion — but he is the warrior who slew Leova’s husband.
Set against a backdrop of historic events, including the destruction of the Irminsul, The Ashes of Heaven’s Pillar explores faith, friendship, and justice. This companion to Kim Rendfeld’s acclaimed The Cross and the Dragon tells the story of an ordinary family in extraordinary circumstances.

The Ashes of Heaven's Pillar takes place during a really interesting period in time - that transition period when a country is being conquered and religions are switching. Stories like this fascinate me - I am not sure why, but I am always interested in novels that take place during huge transitions.

Another interesting thing about The Ashes of Heaven's Pillar is that the entire novel focuses on regular people - not knights or kings or wealthy women. They all make appearances in the novel, but the focus is on Leova and her children. They are normal every day people - farmers, really. Leova's husband is killed in battle defending their village and homes. This is tragedy enough, but then in a horrible twist, Leova's sister-in-law betrays them and sells them as slaves. At this point I was so upset, that I had to put the book down for awhile. Such horrible people! Fortunately, Leova, Sunwynn and Deorlaf are wonderful people and manage to survive and keep together for a time.

Leova and her children face so many difficulties. It really doesn't seem fair. Leova will do anything for her children. She makes some tough decisions, but she is always doing her best for her children. Both Sunwynn and Deorlaf try to help too, but Leova is older and wiser and tries to make sure they keep cool heads about them. Deorlaf, is of course, the wild card - now the man of the family and wanting to prove himself. I enjoyed reading about Deorlaf's adventures and was relieved to see evidence of his growing maturity. He does well for himself and is able to finally help his mother and sister.

This was an enjoyable read, but the family was pitted against so many foes, it could be a bit depressing at times. It does give a really descriptive depiction of the plight of the slaves from war and the strangeness of adjusting to a new country, new language, and new religion. I found it refreshing that the book focused on regular people and upsetting that what happened to Leova and her children probably wasn't that uncommon.

The Ashes of Heaven's Pillar is a book I would definitely recommend to anyone who likes a good historical novel - especially one that deals with transitions in power and religion. This book offers a unique and detailed look at a people who were witnessing the end of their way of life and a family that remains faithful to each other to the end. 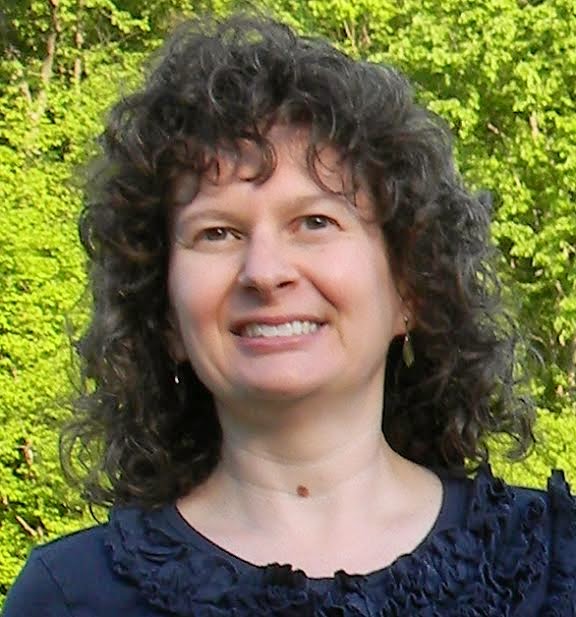 Kim Rendfeld has a lifelong fascination with fairy tales and legends, which set her on her quest to write The Cross and the Dragon.She grew up in New Jersey and attended Indiana University, where she earned a bachelor’s degree in journalism and English, with a minor in French. If it weren't for feminism, she would be one of those junior high English teachers scaring the bejesus out of her students, correcting grammar to the point of obnoxiousness. Instead, her career has been in journalism, public relations, and now fiction.Kim was a journalist for almost twenty years at Indiana newspapers, including the Journal and Courier in Lafayette, The Muncie Star, and The News and Sun in Dunkirk, and she won several awards from the Hoosier State Press Association. Her career changed in 2007, when she joined the marketing and communications team at Ball State University in Muncie, Indiana. She gets paid to agonize over commas and hyphens, along with suggesting ways to improve writing, and thoroughly enjoys it. She is proud to have been part of projects that have received national recognition.Kim lives in Indiana with her husband, Randy, and their spoiled cats. They have a daughter and three granddaughters.

Advance Praise for The Ashes of Heaven’s Pillar
“Carolingian Europe comes alive in Kim Rendfeld’s sweeping story of family and hope, set against the Saxon Wars. Her transportive and triumphant novel immerses us in an eighth century world that feels both mystical and starkly real.”  - Jessica Brockmole, author of Letters from Skye

“A captivating historical filled with rich detail, compelling characters, and a well-paced plot that keeps the pages turning to its very satisfying end. A true delight for fans of historical fiction. I couldn’t put it down.” — Susan Spann, author of the Shinobi Mysteries

“The Ashes of Heaven’s Pillar is refreshingly set in a less familiar medieval period – soon after Charlemagne has conquered a portion of today’s Germany and its people. The characters are refreshing also, common folk instead of the lords and ladies who are the usual inhabitants of historical novels, and how they adjust to their new condition is fascinating. Altogether, this book was absorbing from start to finish.” – Roberta Gellis, author of The Roselynde Chronicles 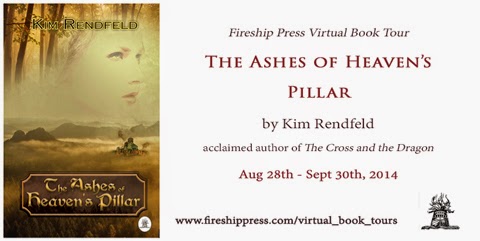