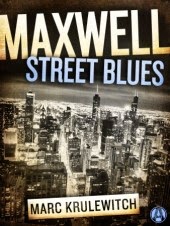 Chicago runs in Jules Landau’s veins. So does the blood of crooks. Now Jules is going legit as a private eye, stalking bail jumpers and cheating spouses—until he gets his first big case. Unfortunately, the client is his ex-con father, and the job is finding the killer of a man whom Jules loved like family. Why did someone put two bullets in the head of gentle bookkeeper Charles Snook? Jules is determined to find out, even if the search takes him to perilous places he never wanted to go.

Snooky, as he was affectionately known, had a knack for turning dirty dollars clean, with clients ranging from humble shop owners to sharp-dressed mobsters. As Jules retraces Snooky’s last days, he crosses paths with a way-too-eager detective, a gorgeous and perplexing tattoo artist, a silver-haired university administrator with a kinky side, and a crusading journalist. Exposing one dirty secret after another, the PI is on a dangerous learning curve. And, at the top of that curve, a killer readies to strike again.

My Take:
Maxwell Street Blues definitely falls into the "fun read" category. The main character, Jules Landau, is a sarcastic, smart-mouthed, loyal, and stubborn private investigator who happens to descend from some rather notorious businessmen -  or "gangsters", according to some in his hometown of Chicago.

Jules takes some serious knocks over the course of the book - it seemed like every chapter included him getting beat up yet again. Poor guy.  He just doesn't give up. Jules wasn't about to let Snooky's murderer get away, so all the warnings were for naught. Along the way, he runs into some interesting people, including a beautiful tattoo artist who isn't quite what she seems, a crooked college president, shady businessmen, crooked cops, just to name a few.

I really enjoyed following Jules as he gathered the evidence needed to figure out why Snooky was killed and who did it. I have to admit that I was totally wrong about the killer -- but I was sort of right about a couple of characters. I really like it when I don't guess who the murderer is right away.

I loved that it takes place in Chicago with all the landmarks and history -- including many of the exact things in the book -- corruption, gangsters, etc.  This is one of those books that I am happy to recommend and will be suggesting to friends. The story is fast-paced and drew me in from the very first page.  It is definitely worth the read.

Marc Krulewitch’s Jules Landau mysteries take place in Chicago, where he was born and where his family has lived for generations. He now resides in Colorado.